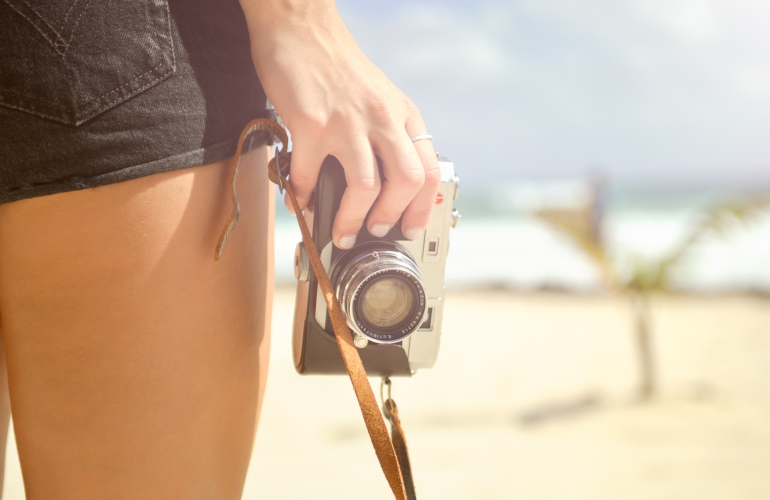 Nicknamed cottage cheese or orange peel skin, Cellulite affects nearly 90% of women at some point during their lives. So whether you’re young, old, skinny, fat or even fit, there’s a good chance you’ve seen a little cellulite peaking through somewhere. But don’t worry, you’re definitely not alone as this cosmetic condition is extremely common (I mean I think 90% makes it obvious that it’s common. Just Saying).

Since cottage cheese thighs and orange peel bums are such common occurrences, it’s no surprise that they are an ENORMOUS amount of articles, videos, and marketing dedicated to “getting rid” of cellulite. Well, to spare you from investing your hard earned coin into some pretty fruitless endeavors, I’m laying down 5 of the biggest Myths about cellulite. And just for fun, I’ll throw in some things you CAN do that will, at least, help reduce the appearance of it. Let’s begin.

Probably one of the biggest misconceptions regarding cellulite is the fact that most people thing cellulite is the literal fat in your body and that by simply reducing the fat it will just go away. NOPE. While cellulite involves fat, it’s actually the connective fibers between your skin and muscle that create the bumpy, dimpling effect. The Mayo Clinic describes cellulite as this:

“It involves fibrous connective cords that tether the skin to the underlying muscle, with the fat lying between. As fat cells accumulate, they push up against the skin, while the long, tough cords pull down. This creates an uneven surface or dimpling.”

So while shedding fat can help reduce the fat that is being accumulated and pressing against the connective fibers, you also need to strengthen the fibers which is where strength training comes in (More on this later).

Myth #2: Cellulite is Caused by Toxins

Now I have to be honest. I never thought cellulite was caused by toxins built up in the body, but when looking into it (i.e. google searching the crap out of cellulite) I found that apparently a lot of people think it has to do with toxins. Apparently many over-the-counter cellulite products claim to help detoxify the body and remove impurities which (I guess?) is supposed to ultimately reduce cellulite. There is, however, no scientific evidence to support that toxins have anything to do with cellulite forming.

Woah-ho-ho buddy. This is, I think, one of the biggest myths I could name off the top of my head (without the aid of Google). I’ve heard so many people and watched way, WAY, too many YouTube videos where people talk about how losing weight was what reduced their cellulite and that it’s caused only because of weight gain. Hit that X button Simon because that is a load of crap. While cellulite (as we mentioned earlier) does have to do with fat, it also has to do with the connective fibers which can be weakened by hormones, lack of exercise, genetics, poor circulation, and decrease in muscle tone. Imbalanced hormones, genetics, and poor circulation typically are not directly associated to just being overweight. I realize imbalanced hormones can actually cause weight gain, but even skinny or athletic people can experience imbalanced hormones and poor circulation. And genetics are, well, genetics.

As much as I wish there was a magical cream out there that’s made with unicorn dust and dragon’s tears that would cure cellulite in a second, there really isn’t. There’s no panacea for cellulite that can be provided in lotion, oil, or pill form. I will say, however, that some researchers and medical professionals suggest that medical grade (i.e. prescription) retinol can actually help reduce the appearance of cellulite. A clinical study that was conducted on the effects of topical retinol with the reduction of cellulite over a 6 month period found that:

After 6-months of treatment, skin elasticity was increased by 10.7% while viscosity was decreased by 15.8% at the retinol-treated site.

(***The study did note however that extreme cases of cellulite (which is referred to as mattress skin) did not have a promising results and cellulite was still apparent, so keep that in mind!)

Essentially retinol it supposed to help with skins elasticity and thicken skin over time, so that cellulite would thus be less visible.

Myth #5 You Can Spot Reduce Cellulite

You may or may not have heard before that you can’t spot reduce fat (and in case no one’s told you, you can’t spot reduce fat). The same thing is true of cellulite. Basically, strengthening muscles in that particular area (ex. thighs, hamstrings, glutes) can help plump the muscle in that area and slightly reduce the appearance of cellulite, but your body burns fat the same rate overall. Therefore, lowering the fat in your thighs will happen the same rate as lowering the fat in your stomach. Your best bet is to concentrate on building muscle tone everywhere and reducing overall body fat.

As is stands, there is no definitive “cure” for cellulite. However, this post is definitely not meant to discourage you from even bothering to do away with cellulite because there are things you can do that can help. And not only help combat cellulite but improve overall health as well! Here’s a quick list of some things that are proven to actually help:

I hope you’ve found this article useful and learned a little bit more about the truth of cellulite. And always remember, whether you’ve gotta cottage cheese thighs or orange peel skin or a “mattress” bum, you’re beautiful! If you have any other myths or facts about cellulite feel free to leave it in the comments!

My name is Brittany and I am a coffee-obsessed, gym-loving girl who wants to help encourage and inspire others along their fitness journey. On my blog you'll find everything from fitness tips to workouts to recipes to skincare and beauty and so much more. View all posts by brittanynoelw

Welcome to My Life!

The Latest And Greatest

Check Out My Latest Video!